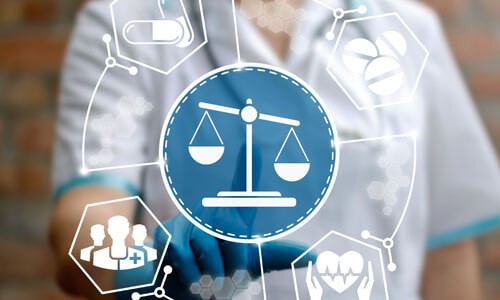 ARE THERE LIMITATIONS TO THE RATE-SETTING AUTHORITY OF THE HHS SECRETARY?

Commencing January 1, 2018, non-exempt 340B covered entities reimbursed under the Medicare Outpatient Prospective Payment System (“OPPS”) have been on the receiving end of a nearly 30% reduction in reimbursements for prescription medication purchased through the 340B discount drug program.  The payment reduction, imposed under the Centers for Medicare and Medicaid Services’ (“CMS”) 2018 OPPS final rule, is the subject of ongoing litigation instituted by the American Hospital Association, various hospital groups and individual 340B hospitals (the “Hospital Plaintiffs”), seeking to enjoin its continued implementation.

Meanwhile, debate regarding the future of the 340B discount drug program has intensified on Capitol Hill, with competing bills vying for passage, and interest groups – most visibly, PhRMA, safety net hospital advocacy groups and the Community Oncology Alliance – jockeying for favorable legislative treatment and flooding editorial pages across the country.

In their brief, the Hospital Plaintiffs contend that the district court erred in dismissing their action as premature and that their continuing incurrence of actual damages following the January 1st payment reduction effective date weighs heavily in favor of preliminary injunctive relief.  More specifically, they argue that the OPPS final rule is causing irreparable injury to the Hospital Plaintiffs “by jeopardizing essential programs and services provided to their communities and the vulnerable, poor and other underserved populations, such as oncology, dialysis, and immediate stroke treatment services.”

The Hospital Plaintiffs contest the district court’s finding that they failed to “present” their claim to the Department of Health and Human Services (“HHS”), as required by the Social Security Act, asserting that their extensive comments challenging the legality of the payment reduction submitted during the OPPS rule comment period – which comments were addressed and rejected by the HHS Secretary in the OPPS final rule – satisfy the “presentment” standard.  In reaching this conclusion, the Hospital Plaintiffs reason that the comment period “was the only meaningful forum for presenting Plaintiffs’ position because once HHS issued the final regulation, no agency official could give Plaintiffs relief from the new reimbursement rate.”

On the merits, the Hospital Plaintiffs argue that the HHS Secretary’s near-30% rate reduction constitutes an improper exercise of his statutory rate-setting authority:

Under that authority, HHS must base the rate on acquisition costs if it has certain data specifically identified in the statute. If it lacks that data, the statute provides that the reimbursement rate is the average sales price of the drug (“ASP”) plus 6% to account for overhead and related costs – a rate the statute authorizes the Secretary to “adjust[] as necessary for purposes of this paragraph.” Here HHS acknowledged that it lacked the data required to use acquisition cost, but attempted to end-run the statutory requirement by adopting an acquisition-cost based rate in the guise of an “adjustment” to the ASP plus 6% statutory rate.

Additionally, the Hospital Plaintiffs complain that the HHS Secretary’s limited statutory “authority to adjust the ASP or overhead cannot be used to make significant changes to the 340B Program, which is not part of the OPPS system and therefore not the subject of an ‘adjustment as necessary’ under that system.”  In framing this argument, Hospital Plaintiffs reference Congress’s oft-cited purpose for creating the 340B program: “to stretch scarce Federal resources as far as possible, reaching more eligible patients and providing more comprehensive services.”  The Hospital Plaintiffs then quote the Health Resources and Services Administration (“HRSA”), the HHS agency responsible for administering the 340B program, in support of their premise that the Secretary’s action undermines the fundamental structure of the 340B program:

As explained by [HRSA] . . ., the [340B] Program furthers this legislative purpose by “lower[ing] the cost of acquiring covered outpatient drugs” from drug manufacturers, thereby generating additional resources from “health insurance reimbursements” − including reimbursements under Medicare − that are “maintained or not reduced as much as the 340B discounts or rebates.” In other words, under the Program, 340B hospitals receive insurance reimbursements, including from Medicare, that exceed the discounted price paid by these hospitals to drug manufacturers. These increased resources, in turn, enable 340B hospitals to deliver programs and services to serve their communities, including vulnerable populations in those communities.

By contrast, the government’s brief rests primarily on jurisdictional arguments, specifically that: (1) the Medicare Act precludes judicial review of OPPS rate-setting activities by the HHS Secretary; (2) the district court correctly held that the Hospital Plaintiffs’ submission of comments did not satisfy the presentment requirement of 42 U.S.C. §405(g); and (3) that the Hospital Plaintiffs have not exhausted administrative remedies as required under 42 U.S.C. §405(g).

The government contends on its first point that 42 U.S.C. §1395l(t)(12) “precludes both administrative and judicial review of agency decisions concerning the Secretary’s administration of the [OPPS], including adjustments to payment rates for covered outpatient services such as 340B drugs at issue here.”  The government cites to D.C. Circuit precedent, Amgen, Inc. v. Smith, to explain Congress’s purported rationale for such preclusion – that “[P]iecemeal review of individual payment determinations could frustrate the efficient operation of the complex prospective payment system.”  The government argues that this concern is particularly acute with respect to the 340B payment reduction, because, in order to achieve budget neutrality, the Secretary in the final rule adjusted OPPS payments for services upward to offset the drug reimbursement reductions.  Accordingly, argues the government, the difficulty of unscrambling the egg that was cracked and whisked upon implementation of the OPPS final rule necessitates preclusion because “[i]f a court were to invalidate the adjustment at issue here, it would . . .  also [impact] the payment rates for services across the OPPS classification system, and would likely require CMS to recalculate payments made under other OPPS payment rates in order to preserve budget neutrality.”

The government concludes its preclusion argument by observing that the 340B payment reduction does not fall within §1395l(t)(12)’s narrow exception permitting judicial review of agency action that is ultra vires, reasoning that the HHS Secretary’s “statutory authority to ‘adjust[]’ OPPS payment rates ‘as necessary’ under subsection 1395l(t)(14)(A)(iii)(II) is unequivocal, and not subject to any express statutory limitation.”  Distinguishing the present circumstances from the D.C. Circuit’s holding in Amgen that “[l]imitations on the Secretary’s equitable adjustment authority inhere in the [statutory] text . . . which only authorizes ‘adjustments [to OPPS payment rates],’ not total elimination or severe restructuring of the statutory scheme”, the government contends that the 340B payment reduction – which it claims was imposed to “better, and more appropriately, reflect the resources and acquisition costs that [340B] hospitals incur” – does not eliminate or severely restructure the 340B statutory scheme.  Rather, the government asserts, in setting the ASP minus 22.5% reimbursement rate, the HHS Secretary chose a “conservative” number in order “to ensure both that beneficiaries ‘share in the savings on drugs acquired through the 340B Program’ and also that 340B providers would ‘retain profit on these drugs.’”

On presentment and exhaustion of administrative remedies, the government argues that the Hospital Plaintiffs’ action does not fall within any exception to the statutorily prescribed administrative review process and must therefore be channeled through HHS before it is eligible for judicial review.

The December 29, 2017 order, as well as the AHA Plaintiffs’ brief, Amici Curiae brief and the government’s brief, can be viewed at the following link: https://www.aha.org/taxonomy/term/119

The Hospital Plaintiffs’ challenge in this action to HHS’ broad interpretation of its rate-setting authority has potentially momentous implications beyond just reversing the 340B payment reduction.  In the event that Hospital Plaintiffs prevail, HHS’ freedom to substantially adjust reimbursement rates in the absence of statutorily prescribed actual acquisition cost data would be significantly cabined, requiring congressional action for the type of policy upheavals that HHS seeks to achieve through the 340B payment reduction.

The AHA’s reply brief in the D.C. Circuit appeal is due on April 2, and oral arguments scheduled for May 4th

Over the following weeks and months, Dughi, Hewit & Domalewski will continue to provide timely updates on 340B judicial, regulatory and legislative developments as the fight over the future of the program progresses.

Justin Linder, Of Counsel, is a seasoned life sciences and healthcare attorney with deep experience representing biopharmaceutical organizations, health systems, academic medical centers, integrated delivery networks and a variety of other healthcare entities.  As former Associate General Counsel for a Disproportionate Share Hospital, he managed the entity’s 340B program, and is a recipient of an Advanced 340B Operations Certificate.  Justin’s focus includes sophisticated reimbursement negotiations involving pharmacy benefit managers and commercial insurers; pharmaceutical pricing issues; healthcare M&A matters; and negotiating a variety of managed care, vendor, pharmaceutical distribution, GPO, healthcare technology and physician alignment agreements, with an emphasis on pay-for-performance clauses.  Justin also provides practical regulatory and compliance counsel, specializing in state and federal fraud, abuse and privacy laws.  He can be reached at jlinder@dughihewit.com or (908) 272-0200.