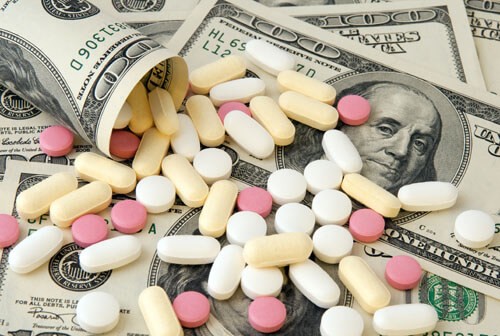 A report by the Department of Health and Human Services (HHS) Office of Inspector General (OIG) concluding that Medicaid may have lost $1.3 billion in rebates, allegedly due to improper classification of drugs by pharmaceutical manufacturers, has drawn the attention of a bipartisan group of key House and Senate committee chairs and ranking members. In a March 22, 2018 letter to Seema Verma, Administrator of the Centers for Medicare and Medicaid Services (CMS), the congressional leaders expressed their “deep[] concern[] about these potentially longstanding weaknesses in the agency’s oversight of the accuracy of drug classifications” and requested additional information regarding CMS’s oversight activity and authority.

The OIG report prompting the letter (OEI-03-17-00100), followed an OIG investigation undertaken to evaluate the accuracy of manufacturer-reported data in the Medicaid Drug Rebate Program, and CMS’s oversight of that data. The Medicaid Drug Rebate Program, authorized under Section 1927 of the Social Security Act, requires that manufacturers enter into, and maintain, a national rebate agreement with HHS, guaranteeing a minimum mandated rebate in exchange for outpatient drug coverage by State Medicaid programs.  Under their rebate agreements, manufacturers are required to pay quarterly rebates to State Medicaid agencies designed to reduce the cost of Medicaid outpatient drug benefits to the Federal and State governments.  According to the OIG report, Medicaid paid a total of $60.5 billion for drug coverage in 2016.

CMS calculates unit rebate amounts (URAs) using drug pricing and product data, such as drug classifications, reported by manufacturers. Each calendar quarter, for each unit of drug covered by a State Medicaid program, each manufacturer must pay either a basic rebate based on a percentage of the drug’s average manufacturer price, as defined in 42 C.F.R. §447.504 (AMP), or a rebate based on the best price available to wholesalers and other customers, as computed in accordance with 42 C.F.R. §447.505.

As part of their rebate agreements, manufacturers are required to provide CMS with AMP and best price, if applicable, for each of their covered outpatient drugs. Manufacturers must also submit to CMS drug classification data that identifies the drug as either an “innovator” single-source or multiple-source product or a “noninnovator” multiple-source product, among other categories.  Manufacturers report and must certify drug classification data in the Drug Data Reporting for Medicaid System (Reporting System), and URAs are computed in reliance on this data.

The Medicaid URA owed by a manufacturer to a State government varies substantially, contingent on whether the drug is classified as an innovator (or “brand”) drug or a noninnovator (or “generic”) drug. With limited exceptions, the URA for innovator and noninnovator drugs is calculated as follows:

Manufacturers are required to pay an additional, inflation-adjusted rebate if a drug’s price increases faster than inflation.

On account of the substantial differential between URAs for the two drug categories, improper classification by a manufacturer of an innovator drug as a noninnovator drug could result in miscalculation of rebate amounts, causing State Medicaid agencies to invoice manufacturers much less than is actually owed.

Misreporting of drug classification data to CMS previously has been the province of False Claims Act litigation. For example, the alleged misclassification of EpiPen as a noninnovator drug prompted the filing of a False Claim Act whistleblower action against the manufacturer of the drug, Mylan, which in 2017 agreed to pay $465 million to resolve claims that they overcharged the government by manipulating the rebate amounts owed under the Medicaid Drug Rebate Program.

In light of concerns arising from misclassification, Congress requested that the OIG conduct an investigation to explore the magnitude of the potential problem and identify weaknesses with respect to CMS’s exercise of its Medicaid Drug Rebate Program oversight power.

OIG’s methodology for performing its investigation involved comparison of CMS drug classifications with the Food and Drug Administration’s (FDA’s) manufacturer-reported marketing categories, which include New Drug Application (NDA), Biologic License Application (BLA), Authorized Generic, and Abbreviated New Drug Application (ANDA). The first three of these FDA classifications would qualify a drug as an innovator product, subject to a higher rebate under the Medicaid Drug Rebate Program, while a drug falling under the ANDA categorization would be eligible for a lower Medicaid rebate as a noninnovator product.

In its report, the OIG found that 95 percent of drugs in the Medicaid Drug Rebate Program matched FDA data in 2016. These drugs accounted for 98 percent, or $59.7 billion in 2016 Medicaid reimbursement expenditures.  Of the remaining covered outpatient drugs, three percent had CMS classifications that contradicted FDA data, and were thereby designated by OIG as “potentially-misclassified” drugs.  Of the potentially-misclassified subset, 97 percent were categorized as noninnovator products in the Medicaid file but as innovator products in the FDA data.  The OIG observed that not only would have manufacturers paid a lower base rebate amount (using the noninnovator instead of the innovator URA calculation) for potentially-misclassified drugs in 2016, but, when applicable, manufacturers would not have paid additional inflation-adjusted rebates.

The OIG report concluded that between 2012 and 2016, Medicaid may have lost $1.3 billion in base and inflation-adjusted rebates for just the top ten potentially-misclassified drugs with the highest total reimbursement in 2016.

The OIG report underscores that it is the responsibility of manufacturers to report accurate classification data to CMS. However, OIG further recognizes that “CMS operates the Medicaid [Drug] [R]ebate [P]rogram and is ultimately responsible for overseeing the accuracy of drug classification reporting by manufacturers.”  After examining CMS procedures, the OIG report details various weaknesses in CMS’s current oversight regime and offers recommendations for improvement.  These recommendations arise from the following three primary flaws identified by the OIG:

With respect to OIG’s first observation, OIG recommends that CMS follow up with manufacturers of potentially-misclassified drugs identified during the OIG investigation to determine whether current drug classifications are correct. CMS concurred with the recommendation and indicated that it will begin contacting such manufacturers.  In light of CMS’s agreement with OIG and the additional pressure exerted upon CMS in the March 22nd letter to “provide a workplan and specific timeframe for CMS to initiate and complete its review”, manufacturers of drugs designated by the OIG as “potentially-misclassified” likely can anticipate receiving correspondence from CMS in the coming months.

OIG’s second recommendation is that CMS improve its Reporting System to minimize inconsistent data submissions and track potential classification errors for follow up. Specifically, OIG recommends that CMS: (1) add another variable in its system to identify drugs that may be misclassified to assist in identifying manufacturers that may be paying inaccurate rebate amounts for potentially-misclassified drugs; (2) maintain records of all attempts to follow up with manufacturers that submitted potentially inaccurate classification information; and (3) use such information to track any cases in which the manufacturer refused to change its classification data.  CMS again concurred with OIG’s recommendation, noting that the agency is in the process of developing a new Program System to help identify and reduce inconsistencies.  Additionally, CMS indicated that it “has implemented system edits to prevent manufacturers from submitting new drugs with an incorrect classification . . .”.

Misreporting of drug classification data to CMS previously has been the province of False Claims Act enforcement, as exemplified by the whistleblower action against Mylan resulting in a $465 million settlement in 2017. However, the publication of a recent OIG report enumerating the purported weaknesses in oversight of drug classification reporting – particularly CMS’s lack of authority to compel reclassification, disincentives to the exercise of CMS’s authority to terminate rebate agreements and OIG’s lack of authority to assess civil monetary penalties – has invited congressional scrutiny, as reflected in the March 22nd letter to Administrator Verma.  To what extent the “deep[] concern[]” of the bipartisan group of congressional committee leaders will prompt administrative and/or legislative action – and the timeframe of such action – remains to be seen.  CMS’s response to the letter, due April 21, 2018, may provide further insight into the oversight and enforcement enhancements with which manufacturers may have to contend in the future.